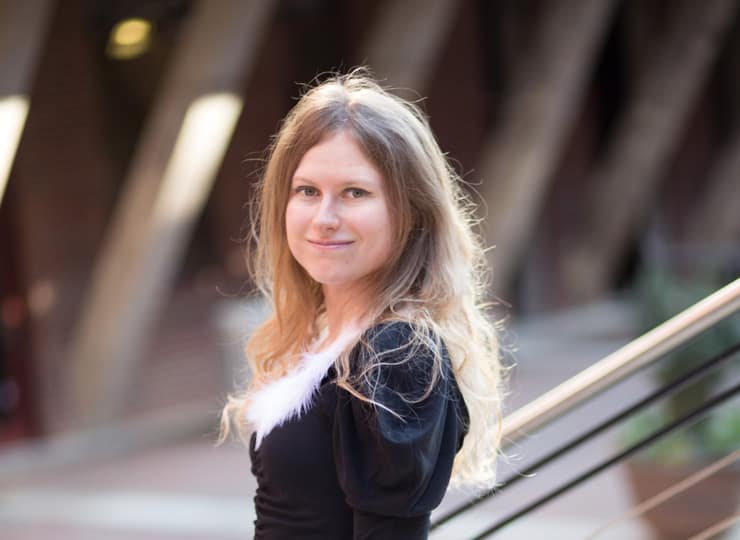 The sale of Edmond Bellamy, a work created using an algorithm by the artist group Obvious Collective at Christie’s and more recently the sale of Mario Klingemann’s Memories of Passerby I, at Sotheby’s have well and truly propelled works created using Artificial Intelligence into the art market. Edmond Bellamy sold for well over its asking price at £337,000 whilst Mario Klingemann’s Memories of Passerby I fetched a much lesser figure of £32,000. This was to the dismay of many AI art specialists who have observed the quality of Edmond Bellamy was in fact reasonably poor and seemed blurred in comparison to work by artists such as Mario Klingemann and Robbie Barrat. Therefore, the fact that the Obvious Collective’s work sold for 40 times its original estimate seemed unjust to many.

It leads to questions such as what constitutes as a good or successful work created using artificial intelligence? The technology is of course required, but AI specialist Luba Elliott implies the role of the human and their technical skill is just as if not more important as they will always remain the artist. In 2018 Elliott curated the exhibition ‘Machine Dreams’ at the CogX conference which included artists Mario Klingemann, Libby Heaney, Gene Hogan, Sarah Meyohas, Fabrizio Poltronieri, Anna Ridler, Mike Tyka and Pinar Yoldas. The exhibition was a demonstration of how artists are using AI in difference ways, using varied techniques and processes resulting in wide-ranging effects. The possibilities one can achieve through AI are infinite and make it an exciting and interesting medium for artists as it allows for endless experimentation.

Artificial Intelligence has been used in many other ways, one example being reproduction. In 2018 MIT’s Computer Science and Artificial Intelligence Laboratory created a new system using machine learning and 3D painting which produced imitations of well-known masterpieces such as Monet’s Waterlilies. The reproductions mimicked the colours, brush strokes and composition in an accurate and believable fashion, showing just how fair AI can blur the lines between the human and the machine.

Whilst neural networks used in machine learning are capable of consuming copious amounts of data and mimicking this in their creation of patterns can they ever be truly creative? Neural networks can mimic creativity; however, they cannot draw on what is going in the surrounding social and cultural environment as artists do. They cannot distinguish which mark of pattern is more meaningful and as a result make it prominent or repeat it, and they cannot predict value as it is a concept decided upon by society. So, although it was recently reported that by 2030 over 800 million jobs worldwide may be overtaken by automation, at the moment it is safe to say that the role of the creative cannot be replaced.

It is a somewhat overwhelming concept and one that AI: More than Human, an upcoming exhibition at The Barbican Centre, London, will explore in depth looking at the creative and scientific developments in AI whilst demonstrating its potential to revolutionise lives. (AI: More than Human will run from Thursday 16th May until Monday 26th August.)

Here we ask Luba Elliott, Artificial Intelligence specialist, curator and researcher about her work with AI.

Can you tell us a bit about what you do?

My current activity revolves around looking at the creative applications of artificial intelligence in art, music and design. I curate events and exhibitions, speak about current AI art practice, research the latest developments and encourage artistic experimentation. In my work, I act as a bridge between the technical and artistic communities and present this whole spectrum of creative AI experimentation to the broader public. My recent projects included curating an online AI art gallery, organizing an exhibition on Women in AI in Switzerland and Impakt Festival in the Netherlands.

When did you first become interested in Artificial Intelligence?

I first became interested in artificial intelligence and its potential artistic impact back in 2015, the summer when Google DeepDream’s psychedelic aesthetic began to fascinate the broader public. As someone who has always been interested in the crossover between art and technology, I became curious as to how the latest AI developments can be used creatively.

You were the curator of Impakt festival in 2018, can you tell us a bit about the event?

Last October, I was one of the curators of Impakt Festival 2018 titled Algorithmic Superstructures. Held in Utrecht, Netherlands, it was a five-day event filled with talks, screenings, panel discussions and workshops and art installations. The festival theme looked at the world as a matter of computational design, in which we become streams of data subjected to continuous analysis and governance by the algorithm. AI art was of course one of the focus points – we commissioned Anna Ridler’s Mosaic Virus project, held panel discussions on artistic perspectives towards the technology and even organised a folk jam session with Shimon the robot at a local museum.

Are artists who are using AI as a medium aiming for something as close to reality as possible? And does this take away the element of originality which we usually associate with art?

The aims of artists using AI vary – there are some who are interested in getting close to impressionist or realist aesthetics, while others focus more on communicating a concept or worldview, with technology as a background or inspiration. Actually, I can’t think of that many artists aiming for something as close to reality as possible, most artists are more curious about the creative potential, limitations and ethics of the technology. It’s actually the research community that is more concerned about developing new techniques that can generate the most realistic images because of the multiple industrial applications.

What do you think about the recent sale of Edmond de Belamy which sold at Christie’s for way over the estimated price?

Like to the rest of the AI art community, this came as a huge surprise for a variety of reasons. Firstly, I was shocked that Christie’s selected this work by an unknown collective for auction instead of the more established and respected artists like Mario Klingemann or Memo Akten. Secondly, the quality of the AI-generated image was very poor and showed a lack of technical mastery, which is disappointing when you consider what the technology is currently capable of. Then there was the whole controversy regarding the artwork being based on another artist’s – Robbie Barrat’s – code. Saying that, as business students Obvious did perhaps give the art world what it wanted – a controversial story and a picture in a golden frame – and clearly some people were happy to pay $432,500 for that.

In a work like this who is the artist – the human who created the code or the machine that created the final work?

It’s always the human. At the stage where we are now, the machine is a tool or a creative partner that artists can work with for inspiration. Despite the media’s efforts to amplify AI’s autonomy, the human is still very much involved – from deciding to work with AI in general, choosing the dataset and the exact technique to tweaking the parameters and curating the final artworks from the generated images.

Can you tell us about any artists using Artificial Intelligence who are particularly exciting to you at the moment?

There are so many artists working on exciting projects across the spectrum. On the technical side, I am always impressed by Mario Klingemann’s efforts to depict the human form using the latest techniques or Gene Kogan’s colourful experiments. I also appreciate it when artists don’t use GANs and focus on other AI techniques such as genetic algorithms in Harm van den Dorpel’s Hybrid Vigor or object recognition in Tom White’s Perception Engines. On the art side, I enjoy very much seeing Helena Sarin’s work develop as she crafts digital images based on datasets of her own artwork and then also the collective Shinseungback Kimyonghun, who made a series of portraits not detected as faces by image recognition techniques.

How do you think AI will progress in the coming years?

That is difficult to say as the field is moving so fast! The past few years have seen a lot of money and resources being spent on AI research and if the trend continues, I would expect to see more breakthroughs in terms of what AI can do and hopefully a continued focus on making this technology ethical and accessible to all.