Blockchain Technology Can Aid Art Logistics from Nail to Nail 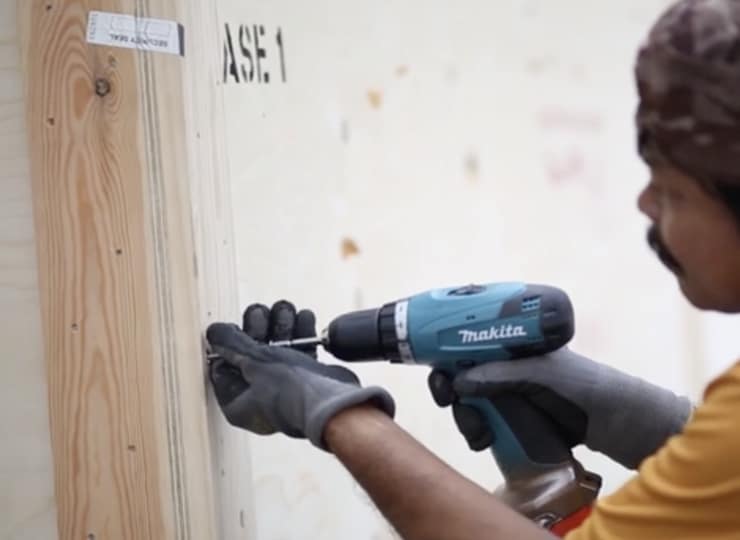 How do you move Rodin’s three-ton sculpture “The Kiss” from Europe to Australia? The Art Gallery of New South Wales would probably have answered when it took possession of the piece in late 2016: “With a great deal of paperwork.”

While international logistics is a complicated matter in and of itself, the monetary and cultural value of fine art complicates the issue even further. Maersk, the Danish shipper, considers the average shipment of a container internationally can require require stamps and approvals from as many as 30 people, including customs, tax officials and health authorities. The mover has found that the cost of moving and keeping paperwork for a single transport container of goods can be the same as the cost of physically transporting the container around the world. The company has also found that the loss of a single form that supports the transport of items can hold a delivery up at a port for days.

So Maersk, Walmart and some European ports have been adapting blockchain technology to the logistics industry. It’s an idea that may help fine art custodians and movers of fine art over vast distances, as well.

Blockchain and the Art of Logistics

Blockchain applied to logistics involves the shipper converting all the paperwork required to move goods internationally into a distributed electronic network called a blockchain. The approach also requires buy-in from the myriad outfits, governments and officials to become participants in the closed transport communities.

At first glance, blockchain seems ideally suited for the goal of streamlining paperwork, reducing the costs of shipping and increasing transparency. In particular, the promise of increased transparency will help reduce the burden that corruption places on transhipment. Customs declarations involved in moving artwork from, to or through national borders can be onerous, time-consuming and add additional cost to transport.

Blockchain technology aims to create greater transparency by building blocks of information that represent transactions: each block can be an approval, certification, receipts, or confirmations, like the physical hand-off of items. The ideal to which Blockchain applications aspire is to provide a window for any entity that participates in the blockchain to see any transaction related to the shipment.

Further, as each transaction occurs, the electronic block that holds the record of activity is “chained” to the previous block. Each block and each chain is beyond alteration. Anyone who views the transaction chain can be assured that it is an accurate, immutable record of where the goods have been, and where and to whom they’ve been handed off, inspected, approved and more. No one owns the digital history of the shipment. The blockchain is available for all verified blockchain participants to view.

Blockchain and the Logistics of Art

While the promise of blockchain as it relates to logistics is significant, the challenges of implementing it in the art world are formidable. Perhaps the most notable issue confronting implementation is gaining consensus from all the parties involved in transport to participate in the blockchain network. Permissions and approvals for participation would have to occur from shipping companies, intermediaries, government agencies, ports and terminals, and any museums or galleries to which pieces have been loaned.

Resistance to implementation may come from customs agencies in countries in which corruption is endemic. Officials will be the least enthusiastic about participating in a system that offers greater transparency to transactions, according to the white paper, “The State of Logistics Outsourcing”.

Sometimes, art in transit will encounter unexpected approval processes that have not been configured into the blockchain. For instance, if customs agents discover a crate of artwork exhibits evidence that insects have bored their way through a wooden container, the goods are all wheeled into a giant freezer for several weeks at a temperature of 28 degrees Celcius or lower. The paperwork involving the change in plan most probably will not have been configured in the blockchain at the outset and may be problematic to implement subsequently.

Above all, however, transporting fine art is bound by strict codes of confidentiality, mostly for security reasons. Configuring a blockchain network for the transport of high-value art may not be in the best interests of any of the parties involved in the chain of transactions. Though blockchains are amongst the most difficult of network technologies to hack, they are not impregnable. A successful intrusion into a logistics blockchain for fine art may divulge the itinerary for the work, increasing its vulnerability to theft en route.

Perhaps, in the final analysis, blockchain technology may be most appropriate for privately-held art that travels within a country or region, and between venues that have long-established relationships. Though blockchain promises greater trust and transparency among stakeholders, it will nevertheless require an exceptional level of confidence among the same parties to kick-start logistics management of artwork through the new technology.