Blockchain Technology and Insurance in the Art Market 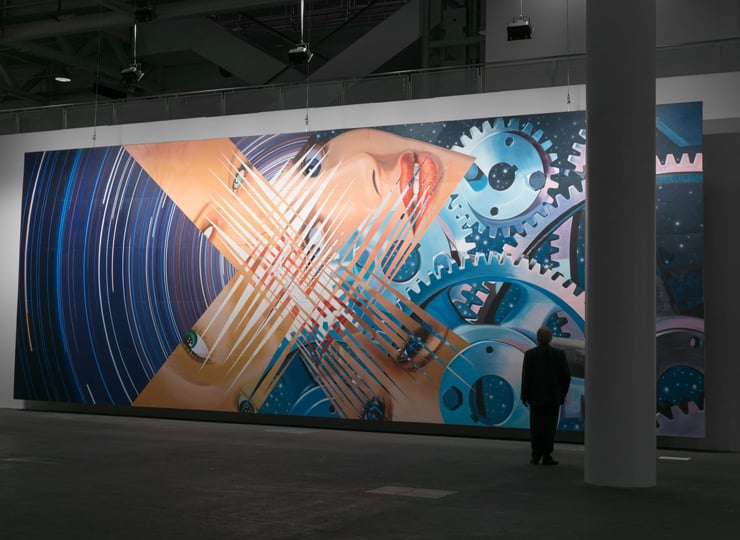 In 2012 Hurricane Sandy bit off the front of a seaside home and tossed it into the sea, then spat a Thomas Hart Benton painting into the ocean along with it, according to ArtNews. The cyclone was the most destructive of its kind in the Mid-Atlantic region’s history. By late 2017, thousands of property owners were still awaiting payments on their insurance claims.

Though insurance carrier typically have original versions of insurance paperwork on file in their offices, other, supporting documentation may have been lost in the catastrophe.

Works of art are especially problematic to acquire compensation for loss or damage. Fulfilling claims involves gathering evidence of the authenticity of a piece, its history of ownership (provenance), its transaction history across owners, and market valuations over time. These documents tend to be closely held and not a matter of public record, especially by high net worth value individuals who prize their privacy.

The loss or incompleteness of supporting documentation in the event of a calamity can dramatically slow or completely derail insurance claims payments.

Looking to the future, a digital network technology called “blockchain” may provide a way to more efficiently insure physical objects in the art market. Museums and galleries, collectors and artists alike may one day register their works in blockchains that will manage insurance policies. In some instances, stakeholders in the virtual communities may realize compensation for damage or loss of their works in the blink of an eye — instead of in months or years.

The Benefits of Blockchain Technology in Insurance

Blockchain is a network technology in which participants in the network have replicas of the ledger that tracks all the transactions in the system. Blockchain is entering art markets in pioneering ways to protect stakeholders. The secure and transparent way in which the technology manages documentation pertinent to art and transactions involving artwork provides a form of insurance against calamity.

For instance, a blockchain platform like Artlery provides transaction records for artworks in its network. Artlery promises to see that creators of art are compensated for each transaction involving a piece they had created.

Meanwhile, Verisart  is a blockchain community that focuses exclusively on certifying, documenting, and verifying physical art, according to a TechCrunch article.

The main advantage of insurance-specific blockchain agreements is the expedited payment of claims in the event of a well-defined event that triggers a smart contract. Blockchain technology provides agreements that activate when certain, well-proscribed terms and conditions are met. These sort of electronic agreements are called “smart” contracts.

The smart contract for an insurance claim could automatically trigger in the event of theft, damage to a piece of work that would require restoration (like a shipper putting his or her foot through a painting), or the ill-effects of a catastrophic event like fire, hurricane, flooding or earthquake.

Historically, the most difficult documents to pull together in the face of disaster include those proving the authenticity and provenance of works, as well as the transaction and valuation histories of the objects. The supporting material is especially important to an insurance investigator who must evaluate if or to what degree a claim must be paid out.

Claims payments within a blockchain can be faster than conventional modes of reimbursement, though, as long as the documentation exists in the blockchain.

If the blockchain contains a smart contract for claims on damage caused by a natural disaster, and the contract is pegged to an industry standard like the PCS® Catastrophe Loss Index, then payments may be released instantaneously. The damage that Hurricane Sandy had caused art galleries, collectors and artists would have been a measurable and actionable event that could theoretically trigger immediate compensation to policy holders.

The Limitations of Blockchain Technology

Smart contracts may not be effective in case of losses based on contentious or ill-defined damages. Insurance investigations and the inspections by art experts may be slow and create a great deal of friction to compensation. The case in which an American tourist accidentally broke the finger off a restored 600-year old statue in a museum in Florence is an example. Invesitgators questioned the true value of the piece since the fingers had already been repaired once before.

Though the insurance sector’s adoption of blockchain technology has been glacial, the art markets have begun laying the groundwork for blockchain-related transactions. And art communities exist in which records of authentication, provenance and even purchase exist. When the insurance sector embraces blockchain, as well, perhaps speedy and accurate claims payments will alleviate some of the pain of loss or damage of works of art.