Cryptocurrencies in the Art Market 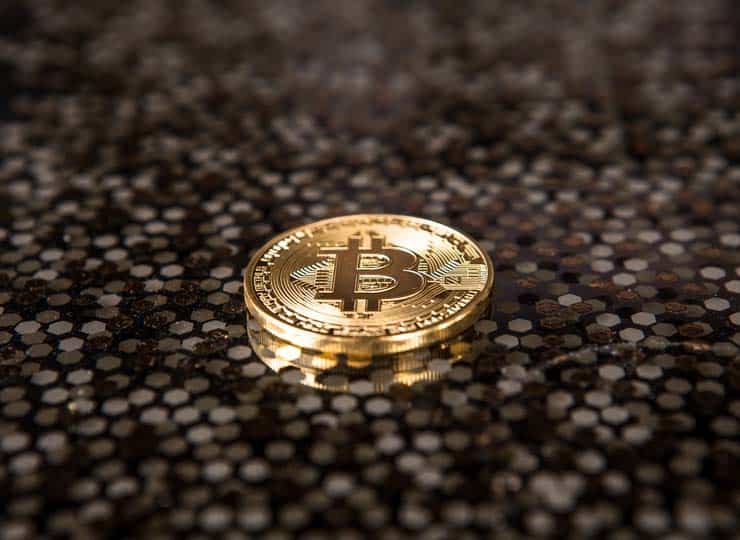 The name “Bitcoin” has become universal. Even those who work in the cosseted art market have heard of it. Meanwhile, others have boldly gone on to establish their own digital currencies, like Artbyte’s Artbyte, Maecenas’s ART, artist Sarah Meyohas’s Bitchcoin . Tech entrepreneurs envision the Blockchain networks they create will expand the base of art buyers beyond the current stable of purchasers.

Blockchain builders in the art market also promise that, for instance, within the context of auctioneering, there will never be a concern as to whether a potential bidder has funds to actually obtain a piece she has bought. The transparency a Blockchain network brings to the ledgers of its users ensures a punter must have sufficient funds to transact any business through the network.

However, the average consumer’s understanding of what are also known as cryptocurrencies is limited. And while Knowledge may be Power, a little knowledge can lead to expensive mistakes.

Over the last couple years people have been connecting together through computer networks called Blockchains. Blockchain creators use tokens as a symbolic representation of a currency. Similarly, traditional financial institutions trade currencies on the order of trillions of dollars daily; however, if any of us want to buy something, we require a “token” called a dollar bill or a euro note or what have you to make the purchase. Members on the networks can transact business through tokens called digital currencies, which are also called cryptocurrencies.

The “crypto” prefix is short for the word “cryptography”. The computers on the network use special programs to solve complex mathematical problems, much like a cryptographer sets about cracking a code. When a computer solves the problem, the Blockchain network mints a digital coin.

Bitcoin is the “gold” standard of digital currencies. The founder of Bitcoin limited the number of Bitcoin the Blockchain network could generate to 21 million tokens.

At the end of November 2017 investors in Bitcoin assigned a value of US$10,000 to a single Bitcoin. A year later the markets valued a Bitcoin at just over US$4,100.

Examples of Cryptocurrencies in the Art Market

Some Blockchain platforms are attempting to bolster the income of new and little-known artists. Artbyte offers “tips” in the Artbyte cryptocurrency to musicians, painters, sculptors, actors, filmmakers, directors, editors, producers, dancers, writers, photographers, designers, models, and production teams registered on the Artbyte Blockchain. Art appreciators can tip artists on the Blockchain network using Artbytes. Anyone can purchase ArtBytes with a credit card, euros, USD, Bitcoin, among other forms of currency.

Eleesa Dadiani’s art gallery in London accepts Bitcoin, Ethereum, Ethereum Classic, Dash, Litecoin and other digital currencies. Dadiani believed the digital currencies were most appropriate for international buyers who prefer to “cut out the middleman”. Her approach has attracted Bitcoin “billionaires” who need to translate the value of their digital hordes into physical assets.

Manhattan-based Sarah Meyohas created her own Blockchain community in 2015. Participants in the network can invest in a digital currency she calls Bitchcoin. She initially valued each token at US$100. One Bitchcoin represents a “share” in any one of her artworks. She fractionalizes the value of her art by offering 25-square inches of any of her digital photographic prints for one Bitchcoin. One hundred Bitchcoins buys an entire print.

Meanwhile, one of the highest profile art market Blockchain Initial Coin Offerings (ICO) in 2017 was Maecenas. ICOs are the blockchain equivalent of corporate IPOs (Initial Public Offerings) on stock exchanges. The company’s premise is also to fractionalize or provide digital shares in works of art housed by museums. Maecenas provides a digital currency it calls ART, one of the first movers in the art market to offer transactions on the blockchain for high-value artworks.

Other art-related digital currencies include Codex Protocol’s CodexCoin. The developers of Codex Protocol intend its CodexCoin to serve as a common token for transactions and voting rights in its Blockchain ecosystem. Also, Aditus, with its Aditus Token (ADI) offers a way for the affluent to convert their digital currency holdings into assets and services Aditus proffers, including art.

Those who purchased Maecenas ART tokens at the beginning of 2018 would have paid up to seen ART market capitalization of US$65 million. Bitcoin at the time could be purchased for US$10,166.51. As of the end of November 2018, the market valued ART at US$0.02 for a total market value of US$2 million, compared to a high of US$2.23 on 11 January 2018. Early investors have been sorely tested by the rapid fall in value of ART.

Meanwhile, Artlery, another blockchain-based solution for the art market, promised that as long as an artist initially forgoes a portion of earnings from the initial sale of a piece, she can take a percentage of the proceeds with each transaction for her art that occurs within the Blockchain network.

As of the end of November 2018, the Artlery was no longer online.

Some investors in blockchain platforms that tokenize assets (like paintings) have voiced their dismay at how much trading in cryptocurrency is costing them. The problem becomes glaring when they convert one cryptocurrency into the platform’s digital currency (and back again), compounded by the gyrating market valuations of cryptocurrencies of every stripe.

Here are five tips on how to reduce the overhead involved in trading in cryptocurrency when either investing in “shares” of artworks or paying for pieces won in auction.

Makers bring liquidity to the market; hence, the term market maker. They place a special kind of order on the books called “limit” orders. In doing so, they prevent the price of cryptocurrencies from fluctuating wildly. Makers usually get low or zero fees.

When someone’s order trades immediately before going on the book, trades are called “taker” orders. Compared to makers, takers often pay higher fees. That’s why people would mostly want to use a maker trade in a market, since they warrant lower fees than takers.

Note that not all exchanges use a maker-taker structure, but platforms like GDAX do. By understanding the jargon, anyone can buy cryptocurrency at a lower price than what’s offered on the market.

Transfer Bitcoins from Coinbase to platforms like GDAX to avoid withdrawal fees. Instead of moving cryptocurrency from Coinbase to Binance or Kucoin, transfer them directly to GDAX. From there, crypto can be moved to other exchanges without a fee.

To avoid exorbitant fees, don’t purchase cryptocurrency directly from your card. Instead, deposit your funds in an exchange, then use that money to purchase your preferred digital currency. This shouldn’t cost as much as purchasing crypto directly.

A lot of exchanges offer zero fees for direct deposits. However, it can take a moment or two for cash to reflect on the exchange wallet. Anyone who doesn’t need to trade urgently should opt for this approach.

By exchange deposits to purchase cryptocurrency, you can enjoy fees as low as 0.25%. That’s so much better than being charged with 3.99% for direct purchases.

Purchase BTC or ETH on Gemini

With Gemini, anyone can buy Bitcoins and Ethereum right after starting an ACH bank transfer. You don’t have to wait for the transfer to clear to begin trading. However, the platform has a daily limit for non-debit card purchases. It’s only convenient for those who want to purchase up to US$500 worth of BTC or ETH on a market dip.

Fees can vary significantly depending on the exchange. That’s why you have to look up the crypto exchanges you’re interested in and find out how much they charge. Some may have low upfront fees, but they may have excessive backend fees. So, make sure to research the platforms before signing up.

The suggestions don’t necessarily protect cryptocurrency buyers from fluctuations of local cryptocurrencies on specific blockchain platforms or from global market movements in general. However, they should provide you some comfort when you see digital currency valuations heading moving downward.