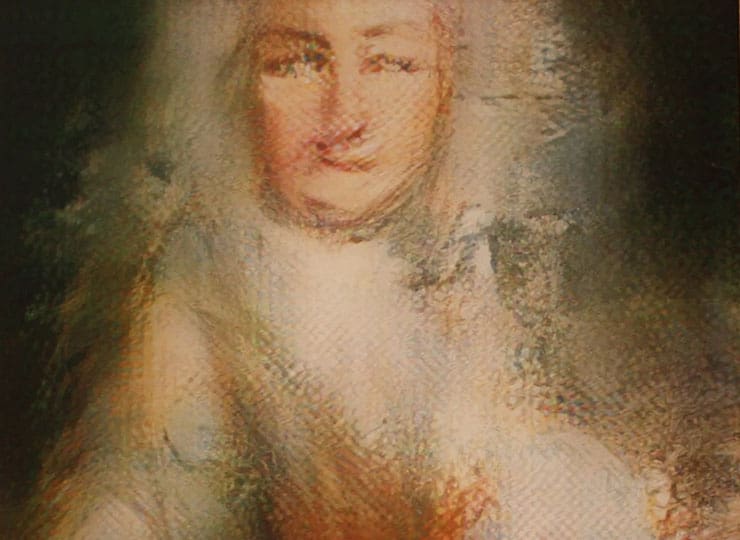 Nicolas Laugero Lasserre is a Parisian gallerist, the founder of Artistik Rezo and the Director of Icart, the School of Art Management and Culture in Paris. Laugero Lasserre is a collector of urban art, owning works by Banksy, Shepard Fairey, Swoon and Invader. A recent purchase was that of Le Comte De Belamy, by Obvious Collective created using Artificial Intelligence. Interested in social universal issues Laugero Lasserre has built up a rapport with Banksy over the years, recently commenting on his seven new artworks in Paris that take aim at the migration crisis; “It’s an extraordinary chance to have Banksy in Paris. As always his interventions arrive at a key political moment, urging citizens and government to change the paradigm on the migration issue.” Here we discuss the motivations behind his collection, changes in the art market and his recent purchase of a work created using Artificial Intelligence.

Hello Nicolas, thank you very much for agreeing to talk to us.

Can you tell us a bit about your background and how you started collecting art?

I arrived in Paris at the beginning of the 1990s and discovered many artists on the Parisians streets of “La Butte-aux-Cailles”. I was really amazed by the rich culture and art which was free, easy to access and colourful. At this time, I was not fully accustomed to all art forms, and I thought urban art was a really nice media for people like me.

Later, I began to recognize some artists works in galleries, and bought a few pieces of urban art which at this time was not mainstream. In fact, only two specialized galleries existed! I began to work for the Pierre Cardin Space, first as a press secretary, and eventually as a director, from 2006 to 2015. Artistik Rezo was born as a magazine in 1999 which is now followed by 20,000 people. Ten years later I created the club Artistik Rezo. A club that allows for 7000 people to visit many cultural institutions for a discounted yearly fee. In 2015 I became ICART’s director – the school of Art management and Culture, and created the Artistik Rezo gallery, a space promoting young urban artists.

What’s your working process when you are looking for new works to add to your collection?

I started buying art at the end of the 1990s, it was thrilling for me. When I buy artworks, I follow my heart which leads me to collect mostly urban art. Street artists share their personal views of society, of today’s world and for this reason it always seems relevant. I try to focus on their singularity, and to promote a variety of messages.

What advice would you give to someone who wants to start collecting?

The best advice I can give to someone who wants to start collecting is to always follow their instincts first and foremost, and then the market. As the market is constantly changing, instinct is sometimes wiser to follow. Delve in and try to enjoy yourself – Don’t be afraid to make mistakes!

This year you bought a work from Obvious the collective that was created using Artificial Intelligence, what was it that prompted you to purchase the work?

What I liked about Obvious’ piece was the disruptive aspects of it. It breaks the codes with everything we’re used to in the art world.

We don’t really know who owns the authorship of the piece anymore. Is it the computer? Is it the individual who coded the program and allowed the machine to create the painting? These questions show that we’re currently at a turning point in art history.

Personally, I find it amazing that this group of young people built a program, allowing the creation of an original artwork, based on a selection of the best pieces from past art history.

We recently published an article on the art market predicting it will be “completely transformed” within the next few years, relying on new technologies and turning to digitalisation. It would be interesting to hear your views on this.

Art and artists belong to society: as society changes, art follows, constantly evolving over time. The art industry is a market, the same as any other. New technologies have made an impact on all parts of society in some way or another and it has begun doing the same for the art market. Art industry leaders have to adapt as these technologies progress, otherwise we will be left behind.  I am convinced that most of changes are good because it allows for a rethinking of our behaviours which is always a good thing. It is always exciting to discover new approaches: it challenges us.

Using technologies such as AI to create an artwork is still fairly new concept, how do you think these kinds of technologies will progress in the coming years and do you think it will be something we see more of?

The use of AI is definitely at a turning point. Could we have ever imagined that creativity could come from a machine? To me, as an innovation it is surprising and amazing at the same time.

It is impossible to predict the future, but it is certain that technology will have an impact on art, as artists will always use tools that are current and relevant to our society. New technologies will be used to create and innovate, but that is not to say that traditional and trusted techniques will be left behind.

I bought three pieces from the Obvious collective, as I want to support their artistic process. I speak a lot about their work. I believe they were the first to show a credible proposition with AI.

Can you tell us about any artists that you are particularly interested in at the moment?

I am currently working on a big project: the opening of Fluctuart in the Spring, the first floating urban art centre in Paris. We are working on the artist selection at the moment and my role has been selecting the urban artists as this is what I specialise in. I also continue to supportthe young artists who make up my gallery: Bault, Erell, EvazéSir, Madame, MonkeyBird, Zdey… But I am always on the lookout for emerging talent!