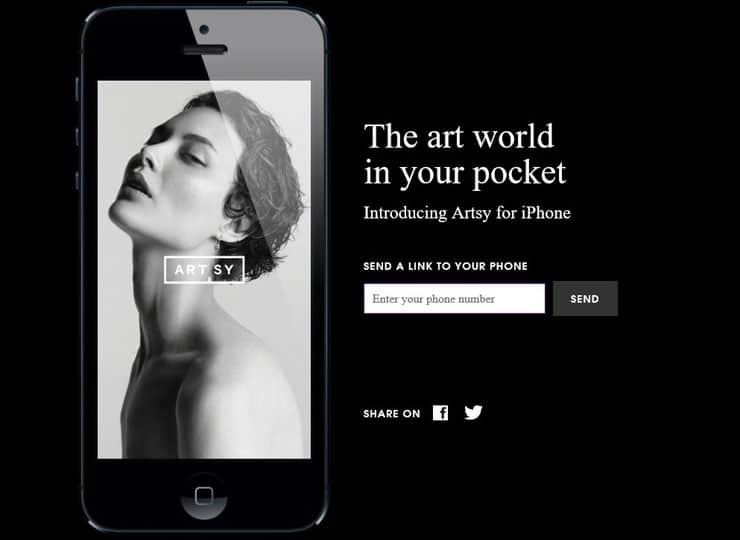 The web marketplace Artsy is on a mission to “make art accessible to anyone with an internet connection.” Part of their strategy in doing so is through their app, originally created in 2013 and recently updated to include an Augmented Reality, ‘view in a room’ feature. By downloading the Artsy app users can use their smartphones to project two dimensional artworks onto a clear white wall using Augmented Reality. Artsy CEO Carter Cleveland worked closely with Apple in the apps creation which uses Apple’s next generation technology, ARKit 1.5 (with added vertical plane improvements released in iOS 11.3). The new feature allows its users to visualise an artwork in their own space and decide whether or not they would like to purchase, but has the app become too much about the “shopping experience”?

It is not a new concept, we have seen similar apps developed by many retailers, one of the first being IKEA. Their app uses Augmented Reality to virtually place furniture and other objects into a physical space. Other apps have followed suit, such as retailer Sherwin-Williams with their ColorSnap visualiser which with an AR feature allows its users to visualise the different paint treatments. Although these kinds of apps have been popular, ranking high in the iTunes app charts, there is no way of telling the direct affect they have on retailers’ sales.

The Artsy app similarly encourages people to buy artworks for their own living spaces. Cleveland launched the app as they were consistently hearing from prospective and experienced art buyers “that one of the key challenges of purchasing art online is not being able to see the work in person.” And whilst the android app has been well received in lots of cases with users saying it has steadily improved since its conception in 2013, it has also been criticised by others who say it has now been made “all about shopping.”

Although in theory the app could well be the future of evaluating artworks it still has features that are not as practical as some users would hope.

Criticism has also been launched against Artsy for removing their article feature with one user going as far as to say; “the new design has left out one of Artsy’s most interesting features: the magazine.” Perhaps in trying to make the app cleaner and simpler Artsy has taken away lots of interesting and useful content for those who are using the app for browsing purposes and not necessarily to buy artworks.

This being said these kinds of apps are highly convenient and have the potential to save a great deal of time and money. As technologies progress it is inevitable that the app will be able to evolve and perhaps fix some of the issues that have been flagged by its users.