The Rise and Fall of Cryptocurrencies: An analysis of Maecenas ART Currency 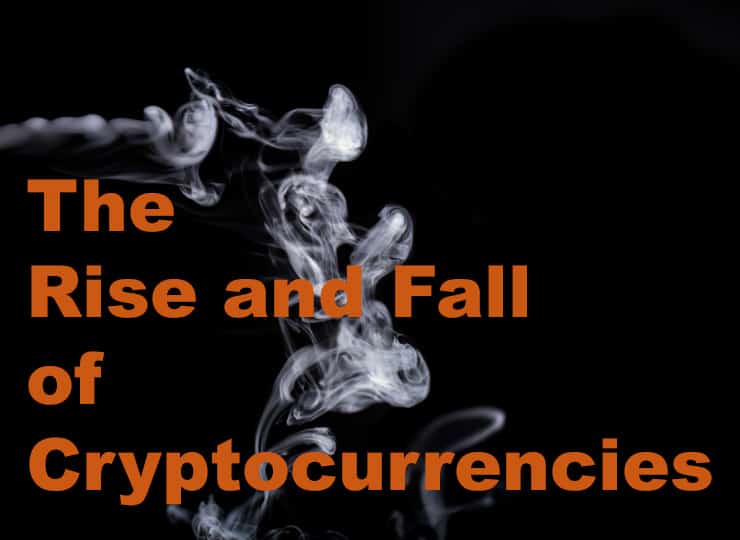 The validation of these online currencies quickly resulted in their absorption into the art market, with companies such as Maecenas developing and releasing their own cryptocurrency ART through an Initial Coin Offering (ICO).

The ART launch began with an ICO in the autumn of 2017, when Maecenas raised more than US$15.5 million. The amount was a dramatic increase on the Company’s initial crowdfunding campaign, which failed to raise US$400,000 in funds through Seedrs only four months prior.

In June 2018 the ArtMarketGuru team released the first industry report on Maecenas in which we called into question the need for Maecenas to issue a cryptocurrency. We also analysed the top three market risks related to the use of cryptocurrencies in their business model: the speculative nature of cryptocurrencies in general, currency market fluctuations and the volatility of the art markets. The recent fall of ART seems to prove our earlier predictions to be correct.

In July 2018, at Christie’s Art+Tech Summit, Frédéric de Senarclens introduced the topic Speculation and Previous Initiatives Issuing Shares in Art and raised concerns about the business models of start-ups active in the field of tokenizing works of art.

It was only on September 6, 2018 that Maecenas announced they had successfully tokenised the first multi-million dollar artwork on the blockchain, with the Company stating “For the first time ever, Maecenas has successfully tokenised a multi-million dollar artwork, a painting by Andy Warhol named “14 Small Electric Chairs (1980)”. The beta auction raised US$1.7m for 31.5% of the artwork at a valuation of US$5.6m. 100 participants were hand-picked to participate in the auction out of more than 800+ sign-ups from 56 countries. Mostly based in Asia and Europe.” (source)

Marcelo García Casil, CEO of Maecenas, said of the sale, “This is a historical moment, for us and for the blockchain community. We have achieved a significant milestone that marks the beginning of a new era. Tokenisation of assets is the most prominent and exciting use case of blockchain technology, and we’re proud to be pioneers in this space. This Warhol painting is the first of many more to come and we are looking forward to seeing and leading the financial revolution for the art market.”

However, questions are being raised about the considerable drop in the price of the ART token and the future of cryptocurrencies, many are questioning the regulation of these currencies, including ART; as well as a seeming lack of infrastructure supporting the ART token.

Many are closely following on a daily basis the two Maecenas Telegram channels including ArtMarketGuru. We have noticed an increasing nervousness and anxiety from Crypto investors who have recently suffered dramatic losses. A number of investors are fearful they may lose the majority of their investments, others wonder if Maecenas have the capability to turn the situation around?

As mentioned earlier, in our Industry Note on Maecenas, we explored the need for Maecenas to issue a cryptocurrency at all. As far as we understand the ICO was a way to fund the business outside national regulatory restrictions that ensure transparency and accountability.

Our conclusion stated “While Maecenas offers an exciting and potentially disruptive approach to investing in ﬁne art works, it will take several more rounds of funding to move the project from proof of concept to viability, and viability to proﬁtability.” Which is a common topic amongst the users posting on the Company’s two Telegram accounts, who although fully support the theory behind the token are questioning the implementation and application of ART.

In line with our sentiment one message published by an investor on 12 September 2018 on Maecenas’ Trading Telegram stated the following: “Let me explain one more time again why I think Maecenas ART tokenomics don’t work right now: (1) I want to participate in Dutch auction for Andy Warhol. (2) Platform gives me discount in auction fees if I use ART tokens, I can also BTC or ETH but if I want to save on fees I need ART. (3) I decide to buy for US$ 10’000 ART. (4) I go to HiTBTC and make a market buy order. Price skyrockets instantly 300% to 500% (at current order book). (5) I withdraw ART from HiTBTC to Maecenas platform. I have then withdrawal and transaction fees which are still small so not important. (6) In Maecenas platform I decide to use those tokens. But the funny thing is because Maecenas uses its own index for ART I have screwed myself because I overpaid for ART token and if I instantly invest in the auction I will be bidding with less than US$ 10’000 (with which I initially started, MUCH LESS).”

After the first “successful” action and tokenization of an art asset, the need for ART cryptocurrency is not clear at all. A query highlighted by the damaging dichotomy that has occurred as the value of ART and all cryptocurrencies have fallen, and yet Maecenas’s have an on-going positive support of tokenization. When working in emerging and relatively new industries it is important to be realistic to the fluctuations of the markets and instability that can arise with emerging products.

At the time of the 2017 ICO, in facilitating the funding, company Cofound.it were according to Marcelo Garcia Casil allocated 4% of the ART Token. Cofound.it have since ceased operating and the Company are going through a voluntary winding down (source). All assets owned by Cofound.it will be sold and we ask how much ART do Cofound.it still own, and whether or not their percentage share will affect the ART token price?

As the Cryptocurrency markets remain volatile and continue to decrease, we wonder how Maecenas will fair? What we do know from our industry note is that Maecenas has produced a disruptive and forward-thinking business plan that taps into a growing and emerging market, they are, however, not at a stage where they can ensure shareholder value and a stable product available on public markets. We will continue to watch Maecenas and their progress during what is proving to be a pivotal moment in their history, contrasting their current news against previous industry note predictions.