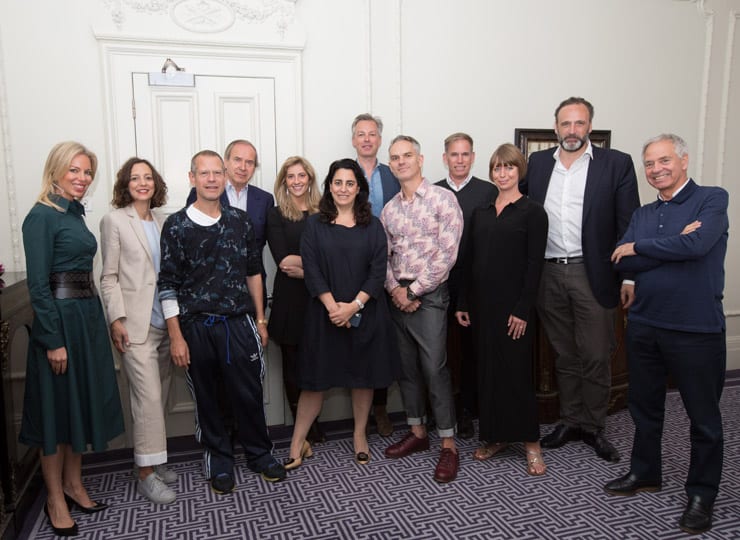 Considering the calibre of judges on the panel, ArtMarketGuru decided to take this opportunity to get to know some of them a little better whilst unravelling their views on specific art market trends and movements. Four questions were asked: Where do you think the model of ACAF fits in today’s market (i.e. showing artists without gallery representation in an art fair setting)? What is the future role of art galleries and art fairs? Do you think online platforms will ever replace galleries? How do you think new technologies such as Blockchain, Artificial Intelligence and/or Virtual Reality will impact the art market? Answers varied.

Where do you think the model of ACAF fits in today’s market (i.e. showing artists without gallery representation in an art fair setting)?

Manasseh, ACAF’s founder said she had not expected her art fair model which was originally considered ‘disruptive’, to go onto being ‘a fully accepted model that truly fits into the times.’ ACAF is in fact a great platform to discover artists who aren’t yet represented to galleries, with it being particularly ‘beneficial to buy from artists to avoid inflated commission before they are eventually represented by a gallery,’ explains Wilhelm Finger. What seems to make the model truly unique is that artists can gain direct contact with clients and vice-versa, Schachter backed this saying that this is because the model is ‘paving the way for artists taking the power back from capricious dealers and other intermediaries.’ As Tiroche pointed out, for one or two lucky artists it could be the source of a career-defining encounter with a gallerist, mega collector or dealer. Frédéric de Senarclens is pushing the disruption further saying that the fair should go virtual and allow year-round virtual reality (VR) representation; ‘I believe ACAF should consider building up a virtual art fair allowing artists and collectors to meet all-year round,’ he says.

What is the future role of art galleries and art fairs?

Although the majority of the interviewed experts seems to agree that the traditional art fair and gallery model would not be going anywhere soon, it clear that with advent of new technologies there is the need for galleries and fairs to adapt and evolve. Federica Beretta said, ‘Since technologies will increasingly help promote and sell artworks online, galleries and fairs will have to find ways of creating immersive experiences and new ways of engaging the public. Sophie Clauwaert, too, argues that galleries will increasingly depend on digital platforms to survive. De Senarclens agrees and goes on to specify that ‘the role of the gallery must evolve in the way it promotes and presents its artists.’ A strong online presence is now just as important as an offline one and, he adds, ‘we will see art galleries adapting to new media and taking on more of an agent position.’ This opinion seems to be shared by Shaune Arp when she says that the future role of art galleries and fairs is ‘education and exposure.’

Do you think online platforms will ever replace galleries?

The question is really about the effects of digital transformation and what this might mean for the art world of the future. With numerous online art platforms being created every day and artist’s using technologies such as AI and VR to realise their visions, the dematerialization of art is interesting to consider, it is already happening with music and books, but could the same ever happen with art?

In the context of the art fair and gallery could the online platform ever act as a replacement? This was met with a resounding no from the panel. Kenny Skamnaki told us ‘to experience an artwork is to see it in the flesh. And this cannot be replaced.’ Clauwaert agreed with Skamnaki saying it is still important for clients to be able to buy from ‘reviewed and trustworthy galleries.’ Sylvain Levy on the other hand suggested that it may the very idea of a replacement that is problematic, saying ‘I think it is time to stop thinking only in terms of replacement. We are in a world with alternative realities. Instagram has not replaced museums.’

Online platforms did receive some praise. There was a general consensus that they could work alongside galleries to give virtual and real time visitors the best possible experiences. Volleman mentioned that online platforms have helped ‘create a global access to an audience,’ with social media also playing a vital role. It is generally acknowledged that online platforms are better suited to the lower end of the market, Tiroche said ‘they decentralize the lower end of the market shifting power to the audience at the expense of small galleries. Beretta seconded this when she stated it would be ‘relatively easy to sell a 50,000 painting online (on particularly reputable online art platforms), but it is extremely hard to sell a Picasso online for 4 million. The high end of the marker still requires a physical and human touch.’

Art dealer and author at Artnet news Kenny Schachter made the valid and resonating point:

‘There is not a single net platform with a viable business plan, making money. Not one. Nothing will replace galleries for the foreseeable future but other models as yet unknown will surely come to fore and augment them, modify them or perhaps even replace them over the long terms. Galleries as we know them are only a relatively recent phenomenon anyway. Who’s to say they should last indefinitely?’

While there seemed to be a consensus on the limitations of fully experiencing art online, the panel also identified some of the potential assets within the increasing shift towards the digital.

How do you think new technologies such as Blockchain, Artificial Intelligence and/or Virtual Reality will impact the art market?

When it came to discussing technologies such as Blockchain, Artificial Intelligence and Virtual Reality and their impact on the market, there was no doubt that they would have some influence. Blockchain has the potential to help with the problem of transparency within the market and Manasseh backed this stating it has the ‘potential to bypass some of the biggest challenges faced in the art market.’ For instance, art intermediaries knowing the exact provenance and authenticity of an artwork. Others like Beretta and Finger, too, pointed out Blockchain’s potential for new opportunities for increased transparency and the protection of artists, copyrights, and collectors alike.

Levy and others agreed that the effects of these technologies will be seen more widely in society, both in ways people consume and emotionally react to things, and as a result it will impact art. In the same vein, Tiroche said they will affect the art market ‘firstly as a new medium for artists to explore and evolve their practice with. Secondly as a new and much improved way to experience ‘traditional’ art from afar.’

Arp and de Senarclens are going a little further in saying that new technologies such as Blockchain and AI shall eventually ‘eliminate many of the middle men including dealers, advisors and some galleries’ (Arp). ‘Art experts are not irreplaceable’ adds de Senarclens, who like Arp believes that soon there will be few areas not covered by technologies. As such, Blockchain and AI seem to hold the potential for a significant shift in the very fabric of the art market. 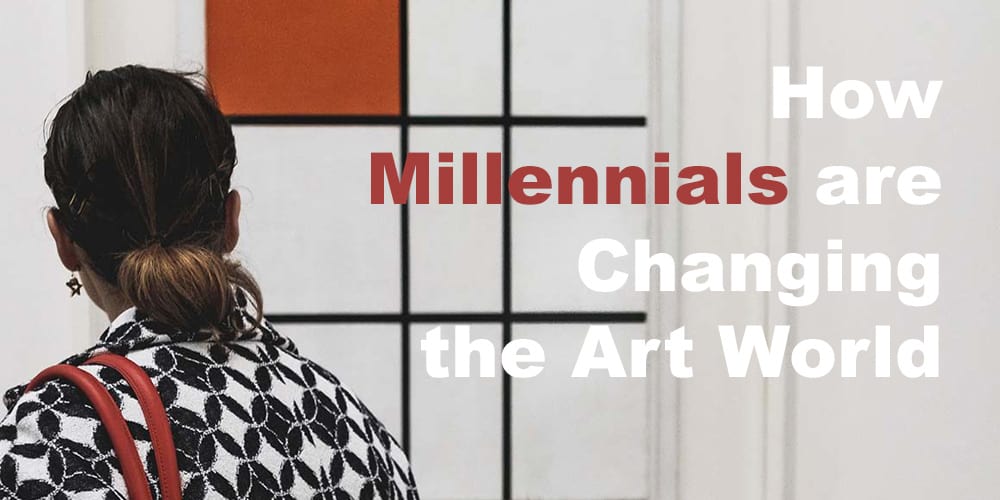