The End of the Art Market As We Know It 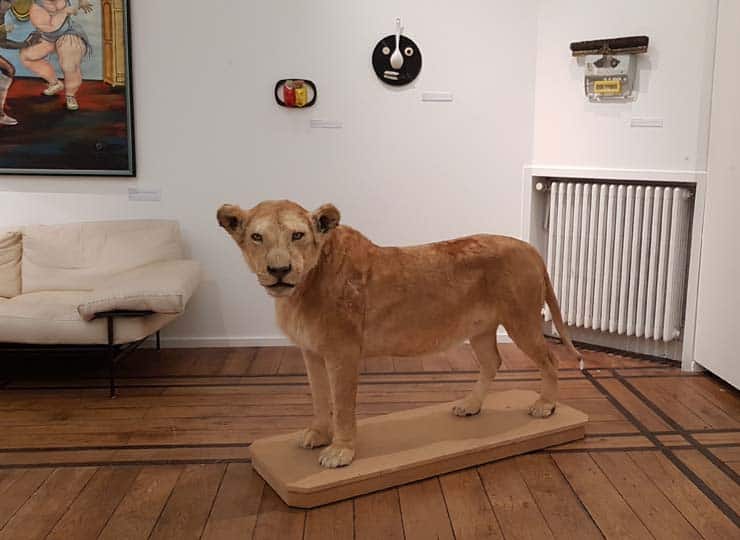 Yesterday, I had lunch with the former president of a UK-based auction house. On my train journey home to Brussels I read “DISRUPTION” by Stéphane Mallard, a French Author and Keynote Speaker. I was struck by the differences between the text I was reading and the conversation I had just a few hours before.

From what I have gathered the auctioneer seems to be satisfied with the current status quo. “Sales were good last June.” And, according to him, the art market should continue to operate as it has for the last 100 years. He does not believe in companies like Paddle8 offering online sales only. “Collectors will always desire to discover works physically and nothing can replace human interaction”. On the other hand, Stéphane Mallard (like many other authors) claims that Artificial Intelligence (AI) and technology in general will completely disrupt our world, affecting business models and organisations as we know them.

ANALYSIS: HOW AUCTION HOUSES CAN BENEFIT FROM DIGITAL TRANSFORMATION

“Disruption” is not just a buzz word. I believe that the art industry will be completely transformed in less than 10 years. Galleries, art dealers, consultants, auction houses and art fairs will be challenged by new legislation and technologies when presenting and exchanging works of art. It seems unlikely that auction houses will continue to print and send glossy catalogues via FedEx; instead digital files will replace paper, for both environmental and cost issues. With the implementation of new technologies allowing people to view works virtually, there may be fewer reasons to ship paintings, sculptures or any art objects around the world. Collectors will begin to demand more transparency in pricing and as a result commissions will be lower. Technology such as Blockchain will eventually allow for the creation of a trusted Artists to Collectors or Collectors to Collectors marketplace, removing the middleman. Education within the art industry is sometimes poor and we are now seeing technologies like AI come into play which in my opinion will soon be able to make better recommendations to collectors than humans.

I was recently invited by Deloitte to moderate the session “The challenges to deploy blockchain in the art market to allow fractional investment in artworks” at the Deloitte’s 11th Art & Finance Conference in Luxembourg on 26 October 2018. A large audience attended the conference, mainly bankers, business consultants, entrepreneurs and venture capitalists. I was surprised to see that not many people from the art industry attended the discussion. It is often the case that art dealers, auctioneers, art fair organisers, gallerists, and art consultants feel immune to changes happening in the art world. However, it is most likely that Artificial Intelligence, Blockchain, Cryptocurrency, Augmented Reality, Virtual Reality, along with other technologies will impact them in some shape or form.

Signs of disruption are obvious. In February 2017, Christie’s started using Collectrium, a tool which helps manage art collections. In March 2017, Christie’s announced its intention to strengthen its regional offices, particularly in Asia, and especially its online presence, with a new focus on online sales. In April 2017, Sotheby’s and Invaluable announced a partnership, forming a relationship whereby Sotheby’s increased the number of online bidders and buyers participating in its sales. In recent months, Sotheby’s has been actively developing its sales with the “Online-Only” label. In November 2017, they announced they will remove the “buyer’s premium” for online sales. Although this decision was reviewed in April 2018 and does not automatically apply to all online sales, it will have significant impact. At the beginning of 2018, the Swiss company The Native bought a substantial share in Paddle8 and in May this year announced that they are launching P8Pass, a digital certificate and the first blockchain-based authentication service. In February 2018, Sotheby’s announced the acquisition of Viyet, a New York-based platform specializing in consignment services for luxury furniture, vintage items and works of art. In May 2018, Sotheby’s bought a New York-based artificial intelligence company specializing in image recognition, which has the potential to refine its customer service. Sotheby’s and Swiss auction house Koller have signed partnerships with the Lausanne based company ArtMyn, a company that offers a unique system for digitizing artworks. In October 2018, Christie’s announced a pilot collaboration with Artory to record sales and provenance data.

It is happening! Signs of disruptions within the art market are clear. However, many art market players remain confident that the art world is immune to disruption. This reminds me of a discussion I had with taxi driver who dropped me home from the station. He was proud to have recently acquired his taxi-driver licence. When I asked him whether he was concerned about self-driving car systems, like the auctioneer, he did not seem overly worried.

Cover image: a “stuffed lioness” at an auction house exhibition in Brussels, November 2018