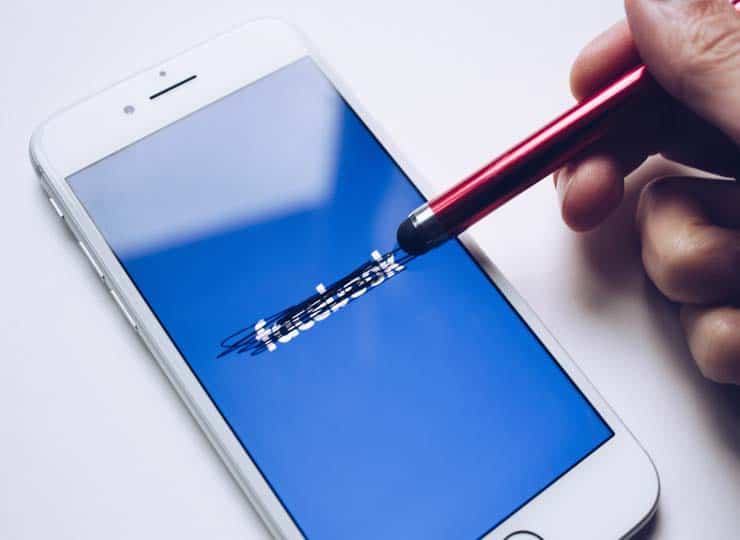 In this day and age most art galleries, artists and institutions place a great deal of importance into maintaining a strong online presence, through a website, app, and via social media. With the purchasing of artworks online increasing it is now more important than ever for auction houses, galleries and artists to continue to want to grow their online presence. Furthermore, with word of mouth and social media being cited as the most important tools for discovering new artists in the Hiscox Report 2018 it seems we are living in an age where it would be foolish not to take advantage of what an online presence can bring. And whilst platforms like Twitter and Instagram seem to remain popular, it would seem as though people are questioning whether Facebook remains a valuable tool.

The Hiscox Report 2018 noted that the continued influence of social media, especially Instagram was helping to fuel the growth of the market. Instagram is on the rise, in January alone it had 800 million monthly active users and it is expected to break the 1 billion mark by the end of 2018. However, it was a different story for Facebook, during the survey only 38% of respondents cited it as their preferred social media platform, a decrease from the 49% in 2017 and further to the 54% in 2016. Perhaps this can be put down to the fact that tastes are changing along with technologies and Facebook is just not as popular as it used to be. Certainly, for the art industry Instagram does appear to be the more suitable tool, due to its simplicity and visual nature.

But why is it that Facebook’s users are dropping? It is a great tool for connecting people all over the world and enabling them to communicate with one another. It is also an effective way of sharing events with your community. The fact of the matter is that less people are spending time of Facebook, according to a report by Pivotal Research Group the average time people spend browsing on the platform is down by 6.7%, with it being most visible in younger generations where it is ‘losing its grip.’ Over the years, Facebook has changed its algorithm with the intention of making more of their money from paid advertising resulting in its users seeing less of the content they are on there to see.

In reality there has been anxiety around the social media platform since the Cambridge Analytica data scandal which saw 270,000 willing Facebook users’ hand over their information, unknowingly also giving over the information of their Facebook friends. This resulted in Facebook catching the data of around 50-60 million people. Serious questions still remain as to whether Facebook has broken laws, having been exposed by the Observer as knowing about the data breach since 2015. In protest against the personal intrusion many users decided to stop using the platform, including a number of high-profile celebrities who publicly spoke out against Facebook. This has caused many individuals to question whether the platform was worth giving up their data for and in many cases the answer was no.

Of course, this has a knock-on effect to companies and organisations who are using the platform to engage with consumers and spread their message. Multiple big companies have publicised their decision to stop using Facebook, including Elon Musk, founder of Tesla and Space X who recently deleted both his company pages. Widely reported reasons for businesses shutting down their pages include:

Companies are finding that Facebook is not adding value to their brand and therefore have no use for the platform any longer. On the other hand, Instagram is becoming an essential tool for the art industry with the ability to reach consumers beyond the existing market. At the moment Instagram seems to be less directly influenced by money, but then we also have to remember that Instagram was bought by Facebook back in 2012 – so will the same thing slowly happen?