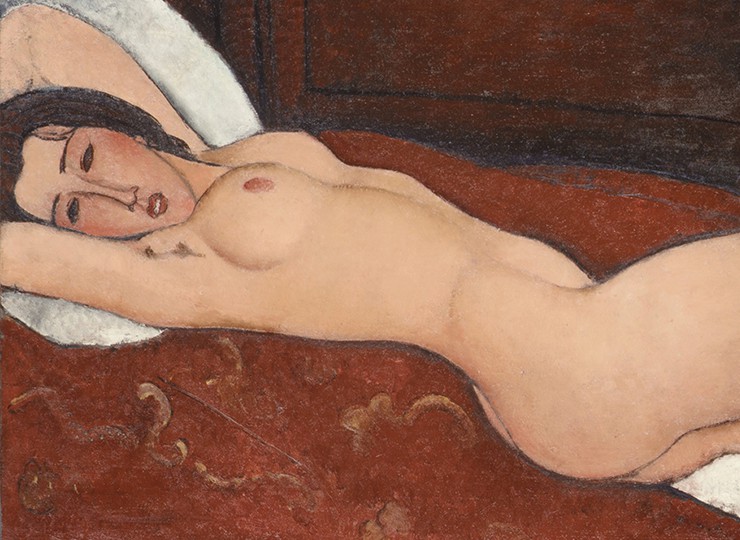 In July 2017 Genoa’s Palazzo Ducale shut down its Modigliani exhibition of 60 works three days before the display’s official closing date. One-third of the works attributed to the artist were fakes.  If art professionals had had Artificial Intelligence (AI), would the museum have been able to reveal the forgeries before losing credibility, patrons and revenue?

AI seems to be entering every facet of modern life. From home to work, AI is advising us on the TV programs we might like to see, the brightness of the lights in our homes, and the credit scores that determine our likelihood of where and how we’ll live and work.

In Art, AI is assisting appraisers is making inroads to determine the authenticity of paintings. The advancement of AI could upend the art market, reset the valuations of precious objects and ruin the careers of professionals who stake their claims on their expertise.

The Benefits of AI

Technologists consider AI to be a worthy companion to experts for several reasons: Within split-seconds, AI is able to recognize and correlate far more information than human counterparts, and just as quickly extrapolate a conclusion. AI is dispassionate and without ego.

For instance, during the 1930s and 1940s Han van Meegeren fooled top experts into believing that Johannes Vermeer had painted the pieces van Meegeren presented buyers. He capitalized on the vanity of art critics of his time to exploit a weak spot in their analyses; namely, that with so few Vermeers in possession, they really wanted what Van Meegeren offered the market to be genuine Vermeers. Nowadays, we would call the fault “unconscious bias”. AI makes judgements based on digitized “facts” and extrapolates the probabilities for authenticity of the works.

AI researcher Eric Postma was the first to apply the technology to fraud detection of fine art. In 2008, Postma, now at Tilburg University, in the Netherlands, trained AI to recognize the textures of authentic Van Gogh paintings. He then exposed the AI to known fakes of the artist’s work to detect frauds. In one test of six Van Gogh paintings it took the AI five minutes to determine, correctly, one of them was fake. The AI was also successful in unearthing a fake Van Gogh in another test.

In 2017, researchers from Rutgers University and the Atelier for Restoration & Research of Paintings in the Netherlands delineated almost 300 line drawings by Picasso, Matisse, Modigliani, and other famous artists into 80,000 individual strokes. Then a deep recurrent neural network (RNN), which mimics the way the brain works, learned what features in the strokes were important to identify the artists’ works, according to the MIT Technology Review.

They also trained another AI using a technique called machine learning to make determinations about the artists’ works. The machine learning approach became expert in pattern recognition; the RNN technology focused on the pressure with which the master made the brush strokes that defined their works.

The combination of the AI technologies yielded an 80 percent success rate in determining the original artists of the works. When presented with forgeries of works by the artists, the AI technique detected the fakes 100 percent of the time.

AI will not be putting the experts out of work any time soon, however. No matter how advanced the specialized form of AI becomes, most likely it will serve as an assistant to the experts.

It is extremely difficult to acquire access to the range and volume of masterworks required to train AI to the level of accuracy exhibitors need for complete assurance of the authenticity of works. It is also an expensive and time consuming process to train the software.

Most likely, museums and galleries will call in AI during high stakes exhibitions or transactions, when curators question the authenticity of works and the experts truly at loggerheads over whether pieces are genuine.

The art community, however, may become concerned, though, when it is AI technology producing fakes and AI that determines them genuine.