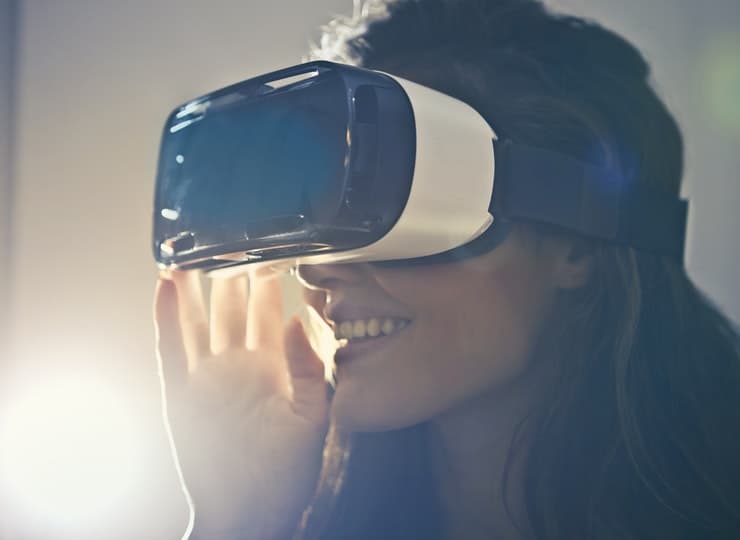 Most VR/AR products for the arts are geared toward the creators—the artists and designers. The products here have been well received by target customers, as they offer a whole new dimension from which artists can work, expanding their canvas.

Google’s Tilt Brush is perhaps one of the foremost VR products catering to artists. Tilt Brush lets you create 3D art with a wide selection of brush types and virtual paints, and allows you to share your masterpiece with others.

Masterpiece VR is another VR product that allows you to take your creativity to greater heights. Unlike Tilt Brush, Masterpiece VR gives users two options to create: volume sculpting and brush strokes. It also lets you create art with friends, working on the same piece at the same time.

Microsoft’s answer to the mixed reality art market is the HoloLens, a product that lets you interact with digital content and holograms within the physical world. Watch out, though—with its steep price and fairly new technology (read: glitches), you have to weigh its pros and cons carefully.

VR/AR products for presenters are very limited, unlike those for artists. Most galleries use VR/AR headsets like Oculus or HTC Vive for their installation, which is good enough for their purpose of displaying virtual reality art. But so far, there’s no VR/AR system dedicated to the arts.

The Eyejack app showcases augmented reality art created by their partner artists. It’s mainly for exhibitors and curators who want to stage an AR art gallery using their products. But do not be misled. The app only works with their AR art, so you won’t be able to create your own with it (they are working on a product for artists, though). They’re also still working on some minor bugs, so you might experience a few problems with the sound and recording options.

ZapWorks allows artists and presenters to create their own augmented reality experience. Build and display VR/AR experiences using their tools, then add a “zapcode” to the things you want to add the VR/AR components to. Guests then use the Zappar app to view your creations in VR/AR.

Presented by artist Ivan Toth Depeña, the Lapse app allows users to experience VR/AR artwork in the streets of Miami. Using your mobile device, you uncover virtual art experiences around the city.

For the average person, VR/AR products for art are still very basic. If you don’t have much experience in using these products, the more affordable ones that you can use right away are simple and won’t necessarily change your world, but they will give you a taste of what is possible in the future.

Google Cardboard transforms your smartphone into a VR/AR viewer that works with different apps. This is fine if you just want a cheap and basic VR experience with your phone, with no need for other fancy external devices. It won’t blow you away, but it’s a good entry point for a VR newbie.

SnapChat pioneered AR on social media with its various lenses and filters. Now, you can design your own AR lenses with their Lens Studio. Create your own artwork, import it into Lens Studio, create patterns, movements, and triggers, then publish it on SnapChat.

If you’re an art collector, the VR/AR products you’ll find are art pieces that you can purchase. Yes, it’s possible to purchase VR/AR artworks, as long as you have the compatible hardware. Prices vary, with emerging artists’ works going for around $2,500 to $6,500, according to Murat Orozobekov, co-founder of art fair Moving Image (ref.). Some VR artworks carry a six-figure price tag, but markets are still adjusting, so we may see fluctuations in pricing as more VR artists create pieces for collectors.

At $5,000, Jakob Steensen’s VR art features a dystopian version of Bora Bora. The experience is a virtual tour of the French Polynesian island in Steensen’s serie vision.

Beyond Manzanar by Tamiko Thiel and Zara Houshmand

This VR art by Tamiko Thiel and Zara Houshmand is a political and historical piece that transports you virtually to the Manzanar Internment Camp. Priced at $25,000, Beyond Manzanar takes you on a 3D virtual reality tour of the camp where thousands of Japanese Americans were incarcerated.

Overall, the market for Virtual Reality / Augmented Reality in the art world is centered on artists, as they have the most to gain from the technology. High costs make it more difficult for new users to try a lot of the products, and for developers to create inexpensive products for galleries and beginners. We’ll have to wait and see how technology will keep up with our interest in VR/AR art, as the general sentiment is that people are excited to embrace this aspect of the arts.