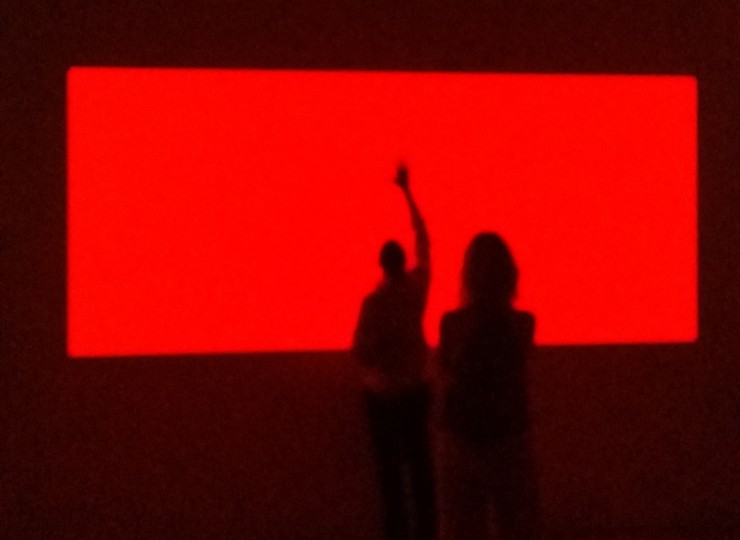 Who says visiting museums is dull?

Thanks to technology, museums all over the world have come up with exciting ways to present exhibits to visitors. The advent of virtual and augmented reality (VR/AR) has allowed some of the world’s museums to showcase their installations in a different way. Here we take a look at six of these VR/AR exhibits that are creating quite a stir in the museum world.

Story of the Forest, National Museum of Singapore

The National Museum of Singapore’s William Farquhar Collection of Natural History Drawings gets a modern treatment in Story of the Forest. This exhibit transforms 69 of the Farquhar artworks into 3D animations. Visitors will be able to see Singapore’s history through technology, plus interact virtually with animated wildlife from the 19th century Malay Peninsula.

The Bone Hall is one of the Smithsonian’s oldest and most classic exhibits, which opened in 1881. More than a hundred years later, the Skin & Bones app was launched, giving museumgoers a different way to learn about animal anatomy. It is packed with videos, games, and biology lessons in augmented reality, but the app is still prone to crashes and slow downloads. With a more polished interface and updates to remove these glitches, Skin & Bones will be a truly excellent way to learn about biology.

Step into the Heroes & Legends exhibit at the Kennedy Space Center and experience the early years of American space exploration. Visitors will learn about the pioneers of the space frontier, join astronauts on a virtual space journey through a 4D multisensory theater, and interact with various space artifacts and astronaut memorabilia. Because of the enhancements, though, plan to spend a full day at the Space Center if you want to experience everything. Lines could be long, and tickets are a bit expensive.

Virtual Reality at the Museum, The Franklin Institute

Perhaps the most immersive VR experience on our list, The Franklin Institute’s Virtual Reality at the Museum gives visitors several different VR stations where they can interact with and immerse themselves in room-scale exhibits. From space demonstrations to the human body to a 360-degree video from the bottom of the ocean, the museum offers tourists a chance to have a one-of-a-kind experience. You can also download the app to access their library of VR content for free.

If you’ve ever wondered what it was like to walk the streets of a city in the early 20th century, then Helsinki City Museum’s Time Machine exhibit is for you. Using VR/AR technology, the museum transforms photographs of renowned Finnish photographer Signe Brander to a virtual reality experience that allows visitors to feel like they are walking in the streets of Helsinki in the 1900s. The best part? Visiting the exhibit is free. The museum is small, though, so don’t expect to be blown away or to have a full sensory overload.

The Danish Castle Centre’s AR experience lets you explore the castle as it would have looked in medieval times. As a bonus, you can play a VR action game called Ghost Hunt. Hunt and catch spooks and supernatural creatures around the castle.

VR/AR is disrupting the way we experience conventional museums. It’s interesting to see how far technology has allowed us to immerse ourselves into environments we would otherwise be unable to. The use of these VR/AR programs in museums may promote more empathy in people through experience-based learning, as well as prompt more young people to pursue their interests in science and history. As for long-term effects on museum culture as a whole, it’s probably safe to say that we might soon see more museums follow the VR/AR trend.